Get fresh music recommendations delivered to your inbox every Friday.
We've updated our Terms of Use. You can review the changes here.

Slumping In Your Murals 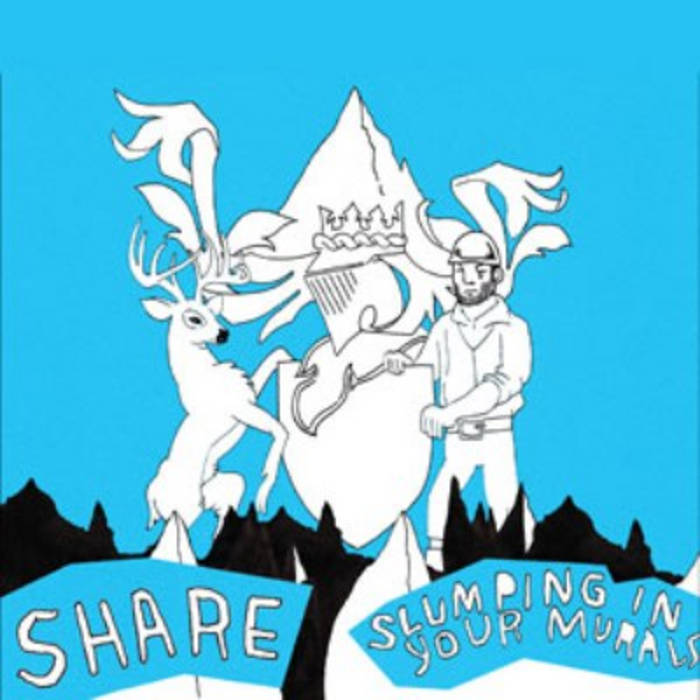 Under the Moniker of Share, Andrew Sisk has been releasing recordings since Ukulele Tragic in 2005. Amidst departures, experiments, and a return to form, Share emerged as 5 member band with the album Slumping in Your Murals.

With Daniel Ledwell of In-flight Safety in the producer/engineer chair, the songs were captured in cottages, farmhouses, and basements and sculpted into what is now Share's most compelling release thus far. With guests like Jenn Grant and Mike Feuerstack (Snailhouse) adding vocals and ambience the album rounded out with 10 tracks that meandered between intimate and epic.

The muse behind the songs emerged from Sisk's explorations into the mathematics of mysticism. "We believe an album is an important medium where the songs line up to examine one theme or idea. Each song is connected and pursues a different angle of the same concept. On all of the Share albums we have chosen songs that tell a single narrative. Something that has always captured my imagination is the tradition of Central American artists using Murals to tell stories. The concept stayed with me and solidified the ideas on this album. Astrology was a recurring theme in my own writing that I pursued, with that in mind, eventually the album came together on it's own."

Elton John is rumored to be a fan.

"... the simple depth of range on Slumping In Your Murals is outstanding." - popmatters.com

"There is an air of Stephen Malkmus in Sisk s delivery and in the feel of the songs too. The maturity of his songwriting shows, like he has reached a point where the stories he is telling, lyrically, are as important as the music, which is often sparse and ambient." - The Line of Best Fit, UK

"The guys in Share play highly melodic unpredictable progressive pop with smart chord progressions and inventive arrangements. The songs are somewhat artsy...but after you hear them a few times they tend to stick in your head like super glue." - Baby Sue

"Share do stand apart from their contemporaries though, with their endlessly fascinating ability to take intimate little tunes and effortlessly inflate them into something so much bigger." - Call Upon the Author, UK

Bandcamp Daily  your guide to the world of Bandcamp